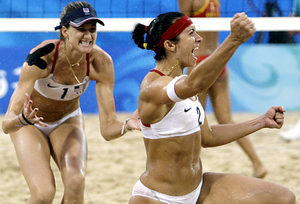 I've had my own corner of the internet even before the days of the web, back when I logged on to all-text Compuserve with my DEC Rainbow or Tandy 100. But I never wanted a blog. Yes, I made some enduring friends through my Compuserve forum, Andy Ihnatko for example, but eventually the task of reading and responding to countless messages became too time-consuming. I knew I wouldn't have to interact at such depth with a blog, but, frankly, most of the blog comments I read online were not ones I was eager too receive.

Now I know I was wrong. I started this blog in May, and it has enriched my life. I have been astonished by the high quality of the comments received. I have also been educated, amused, moved, corrected, encouraged. I personally read all the comments that are submitted, and after four months I have received not one obscene message, not one illiterate message, not one hostile message. Those few comments I have not published were not dumb or offensive, but simply things like well-wishes that I didn't think most readers would be interested in.

Your comments have provided me with the best idea of my readers that I have ever had, and you are the readers I have dreamed of. I was writing to you before I was sure you were there. You are thoughtful, engaged, fair, and often the authors of eloquent prose. You take the time to craft comments of hundreds of words. Frequently you are experts, and generous enough to share your knowledge.

Reading the comments, for example, on my entries about special effects and 3-D, I found people who make a living in those fields, speaking from direct knowledge. There have been comments from directors, producers, screenwriters, cinematographers, critics. I seem to hear from who I need to hear from. After posting the entry about the Olympic opening ceremonies, I received many comments from China, including one which informed me: 我是一个中国人，我爱我们国家。不管你们对我们国家又多大的偏见。但是，我爱她！

Another thing happened. Jim Emerson, the editor of this site, also blogs on it, and his superb "Scanners" shows him as the writer and critic who I believed all along was the right man for his position. The comments he draws are of the highest caliber. From his days as an editor of the late lamented Microsoft Cinemania CD, he knows computers almost as well as he knows the movies. (Off-topic: Sir Arthur Clarke never stopped e-mailing me wondering when an update would be issued for his Cinemania.) Anyway, a few months ago Jim turned me on to some software named SiteMeter, and it opened my eyes even further.

We have Omniture to count visits to the site. SiteMeter logs our blog visitors. It even draws a world map and shows me where recent visits have come from. One morning not long after the Zhang Yimou entry, I was awake at 4 a.m., when North America was asleep. SiteMeter told me that of my 100 last visitors, at least 40 percent were from China. Omniture tracks the locations of visitors to the main site. In the first three weeks of August, readers logged on from 211 countries. I didn't know there were that many. There was even one visitor from the Vatican City. The Pope, no doubt.

These are the sorts of discoveries the blog has allowed me to make. They inspire me to think in a different way about the site and the blog. You are there, you are intelligent, among the group of you I believe you have seen just about every film worth seeing, and some of you remember them in minute detail.

In years past, daydreaming about a blog, I mused that it might sometimes depart from the movies and get into politics, an area of passionate interest to me. But that would have been a bad idea, leading us down countless rabbit holes, spinning discussions out of control, venting bad feelings. Yes, I sometimes make my beliefs clear in reviews where I think they are called for (in my current review of "I.O.U.S.A.," for example). I am a liberal and it would be dishonest to conceal that fact. But the site is a movie site, I am a movie critic, and that is sufficient.

To be sure, ocasionally something will occur to me that I idly consider including in a blog. During the last ten days, for example, it has occurred to me that beach volleyball is the most boring and repetitive spectator sport in the Olympics. You can remember great races, gymnastics routines, soccer games, divers, bicycle racers. But in the third set of a volleyball match, can you remember specific blocks, spikes, saves or serves from the first set? They're all much of a muchness. And Misty May and Kerri have essentially one supply of interview answers, which they have now cheerfully supplied to NBC, oh, 10 times. I was also angered when NBC interviewed the American about why she finished second in the 200 meter race, but ignored the Jamaican who won gold, and was standing right there. Do they know that Jamaicans speak English too, and longer than most of us?

But don't get me started. You mark my words. This entry will draw more comments about politics and volleyball than it does about the wonders of blogging. I can live with that. If I head the entry with a photo of Kerri and Misty May, the numbers will go off the charts.