There is an absurdist nihilism of sorts at the center of “Friends and Strangers,” a vague satire whose broad title aptly suits its array of generic characters: young, upper middle class Australians feeling their way through the world with either a shrug or overlabored thoughts that don’t add up to much, but are intriguing in their detachedness anyway.

This description isn’t necessarily a complete knock on James Vaughan’s tonally mixed adventure; more accurately, a cinematic experiment propelled by the filmmaker’s indulgent preoccupations. So if Whit Stillman’s deadpan style is your thing or if you’ve (hopefully) seen Michelle Morgan’s “It Happened In L.A.” and appreciated the acuity of its slack LA-ness, then the very Australian “Friends and Strangers” might be in your wheelhouse. At least partially, since Vaughan’s movie neither shows the razor-sharp instincts of Stillman (it’s not funny enough, for starters) nor feels as confident a statement as Morgan’s urban parody. In other words, this ambiguously humorous film with a shaky pace and viewpoint sets forth a tough proposition: will you be patient for its 80+ minutes of running time, accept that nothing much will actually happen throughout that duration and settle for occasional jolts of rewards only?

The most significant of those rewards is the film’s cumulatively hypnotic aura, one that can be compared to an involved conversation you can’t help but listen in on at a busy restaurant while dining solo—even if you can’t follow all the details or the players that are being mentioned, it’s something of an interesting pastime. An additional incentive is Emma Diaz, who obliquely brings to mind a younger Keira Knightley with her Alice. She is whom the 20-something videographer Ray (Fergus Wilson) meets one day in Sydney, and before you know it, the two find themselves on a camping trip together.

Is there romantic chemistry between them? Has one acted too presumptuously forward, and the other, too imprecise? Honestly, because of the film’s uncompromising commitment to a certain impassiveness, it’s anyone’s guess (including the audience trying to decipher it). The other pronounced happening during their trip is a bit more spelled out and thus, more enjoyable. It involves the duo meeting a widowed man and his daughter, who unsentimentally gives away dresses that used to belong to her late mother, to Alice. (This is just how aloof everyone in this movie seems.)

Just when we feel settled into some sort of story, “Friend and Strangers” jumps forward in time after this episode, continuing to track Ray on his videography ventures. We follow him and a friend of his on a wealthy seaside town filled with gorgeous real estate as they make their way to a villa to film an upcoming wedding. To his credit, Vaughan taps into some unease in the air naturally and critiques possessors of extreme wealth with some flair and wit. But this proves to be a short-lived achievement. Soon enough, a screechy tune reminiscent of Jonny Greenwood’s “There Will Be Blood” score kicks in deafeningly, obliterating any refinement the filmmaker had seized until then. Worse, the suggestive music doesn’t yield to anything consequential, with the tension it introduces fizzling out in no time.

The same thing could be said about Vaughn’s insistent prompts (starting as early as the unsubtle film’s animated opening credits) that tries to draw attention to Australia’s colonialist history. His attempts to reflect on the land he shoots remain as just that: attempts, that feel painfully underbaked. In that regard, “Friends and Strangers” often feels like the impression of something rather than the fully fleshed-out thing itself. There is surely some appeal in that impression, but it only barely sustains this cold-to-the-touch feature that toggles between inviting and alienating all too frequently.

Now playing at the Metrograph and available through the theater's website. 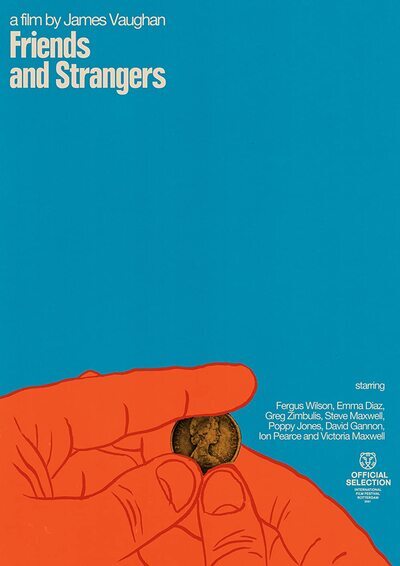 about 22 hours ago
Advertisement